Artistic photography requires an eye for the unusual hidden within the everyday. My friend Paul Dishman has such an eye; the pictures below are all his taken when he visited my Chinese city in 2012. They are released here as public domain photographs. Paul did some post-processing on the photos and they appear here as he gave them to me, except for resizing for easy webpage display. 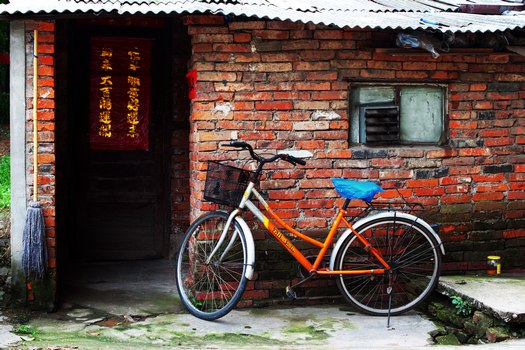 This rough-looking home is on the campus of our university, which sports some ultramodern buildings. Somehow, this old one-storey row of brick houses has remained. On the other side of the row are a couple of small shops: a seamstress, a photocopy place, a corner store... just people getting on with making a living.

The bicycle is still the typical vehicle for most Chinese. Cars are for rich, or at least upper middle class, families. I like to get around by bicycle but if I need a car there are plenty of taxis around (except during rush hour or rainy weather). 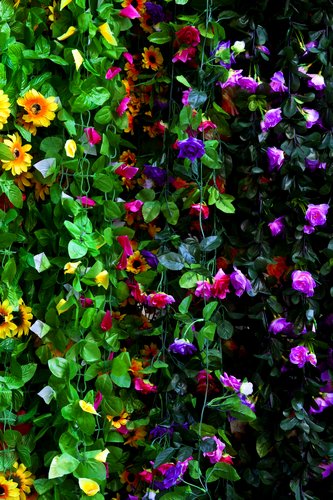 Paul didn't tell me where he took this photo, but my guess is that it was at my city's fish and flower market.

Strands of (plastic) flowers like these are often used for decoration in small stores and restaurants. They bring a splash of colour into drab places.

The artificiality of the fake flowers to the left contrasts with the natural pond surface and the lilypad in the public domain photograph below. 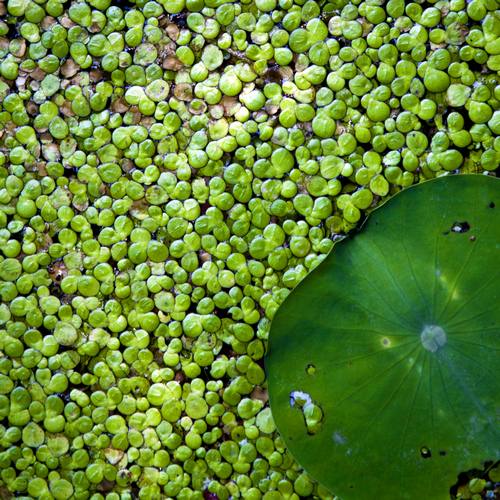 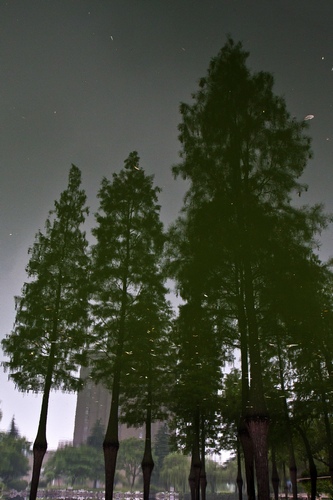 Sometimes the point of artistic photography is that what you think you see, isn't what you actually see.

Look at the photograph on the right. You'd probably guess it was taken in early evening as the sky darkened. You'd be wrong.

This was taken in broad daylight.

To find the secret of this scene, look carefully at the base of the trees. 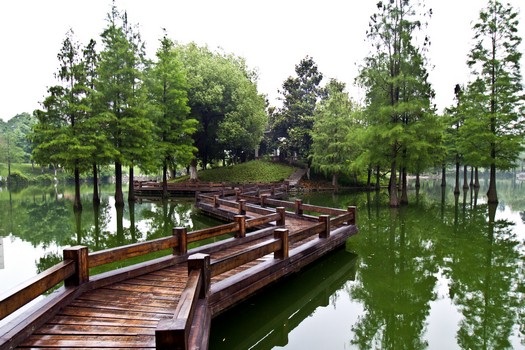 This scene (above and below) is on my university's campus. Chinese landscaping often involves ponds and they can be done beautifully. The winding walkway over the water is a typically Chinese design.

Have you ever wondered why Chinese walkways in gardens are line segments connected at various angles rather than just straight? It's not just for artistic effect. Supposedly, it is the same reason that traditional Chinese doorways have a beam at the bottom of the door.

Ancient Chinese teaching was that evil spirits traveled only in straight lines, so a winding path like this would fool them. Similarly, a beam across the bottom of a doorway would keep them from entering a house. Not very bright demons, eh? But the belief resulted in a beautiful "typically Chinese" look for many structures.

Artistic photography sometimes involves reduction of colour. Do you prefer the colour or the black & white version of this scene? 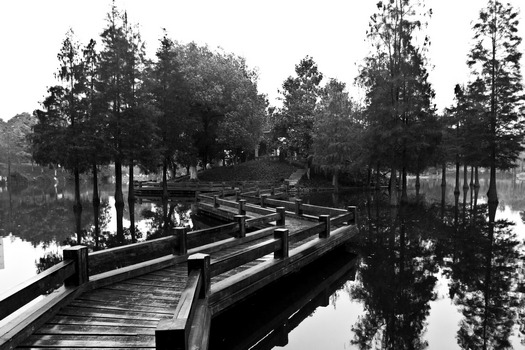 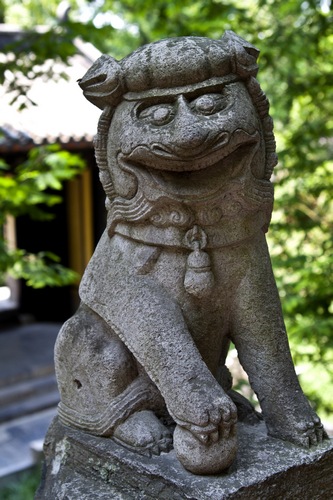 Stone lions are popular in China. For example, the main gate of my university is flanked by two  2-metre tall lion statues. 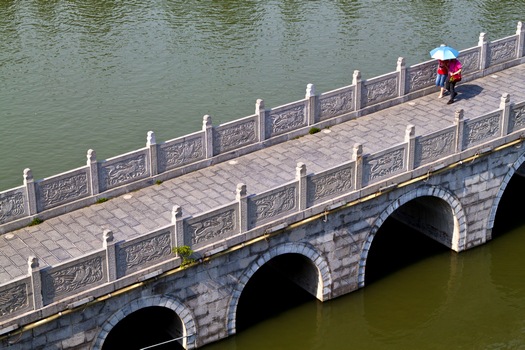 Much of the traditional Chinese architecture involves stone. The scenes above and below are of bridges on the old city moat around Hefei. The city extends kilometres beyond the moat in all directions now, but the moat has been preserved as the "round the city" park, which gives many opportunities for artistic photography. 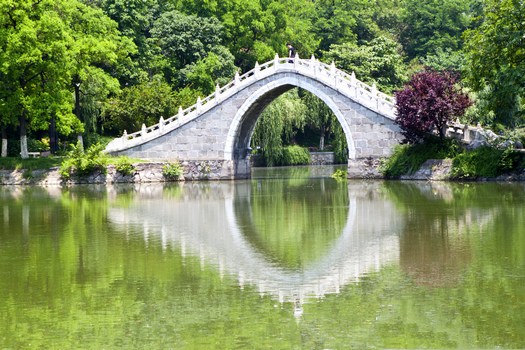 Return from Artistic Photography to the Chinese Places overview page

Jump to the Asia-Insider-Photos Home Page