Continuing a China Great Wall trip, we arrive at the Badaling Great Wall of China location. Pause for a few photographs before you start your hike up the wall.

After the one-hour train ride leg of our China Great Wall trip, we get to the Great Wall entrance area at Badaling, the most easily accessible Great Wall of China location. Look around a bit before starting the strenuous part: climbing. 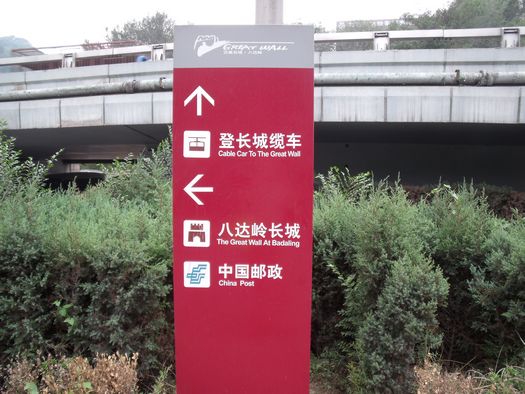 As shown on the previous page in this series, we came by train from Beijing to the Badaling Great Wall of China location. Exiting from the Badaling train station, you see signs directing you toward the Great Wall. There is a cable car way up the wall, but on this China Great Wall trip we're roughing it so off we go to the main entrance. 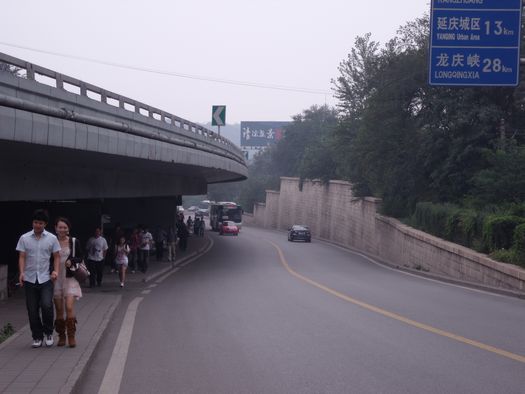 The train station is on a road right beside an elevated highway, as you see here. The walk to the Great Wall entrance is 800m long, but that's nothing compared to the climb ahead. With the other people on our train, we charge ahead, passing a few administration buildings on the way. About 400m from the wall, we start to see the tourist areas. 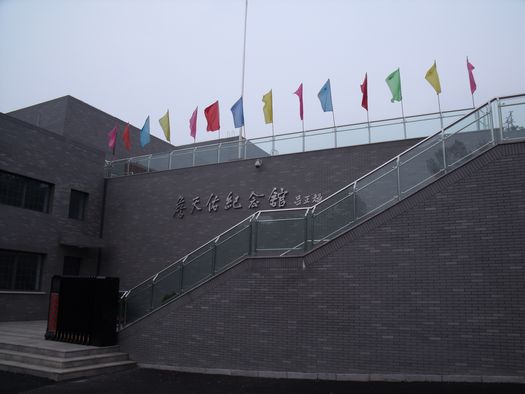 First, on the left, is the China Great Wall museum. If you happen to go the Badaling on a hot summer day, visiting the museum would be a good idea to get some historical background and to cool off in the air-conditioning but this day the weather is moderate. I was eager to get to the wall itself so I didn't bother to go in. You might consider going to the museum after your hike on the wall. Museum entrance is free if you show your Great Wall entrance ticket.

About 100m further on, we start to see souvenir shops. Many of the buildings look new, but the area has a sense of not being quite finished. Then we see a couple of signs of Western influence. 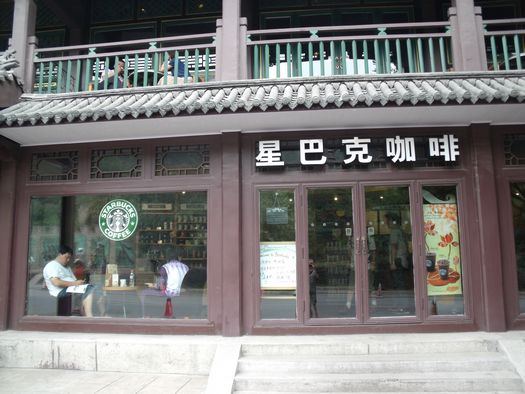 The first is a Starbucks. Yes, you can get your caffeine fix before starting the hike. There wasn't any food for sale there though, so... 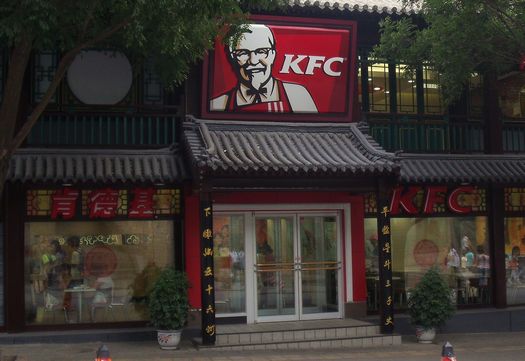 ... let's go on to what I wanted - some fast food before starting the real climbing. KFC chicken in China tastes the same as anywhere else, but the menu does have some items that you won't see in North America. Many Chinese people like spicy food and KFC caters to them by adding spicy dishes to the menu.

There are also some Chinese stores in that area, but I didn't find any Chinese food places around that were tourist-friendly. They seemed to be souvenir places that also had a bit of food, rather than a real restaurant. Maybe I just didn't find the right place.

After 100m or so of buildings we get within 100m of the China Great Wall gate. On the left is a wall of ancient-looking metal panels. This is one of the favourite spots for photos. The seven main panels are large, highly-stylistic Chinese characters (Chairman Mao's style) saying "Bu Dao Changcheng, Fei Hao Han". That's a famous saying derived from one of Chairman Mao's poems in 1935, translating roughly as "If you never get to the Great Wall, you're not truly Chinese." 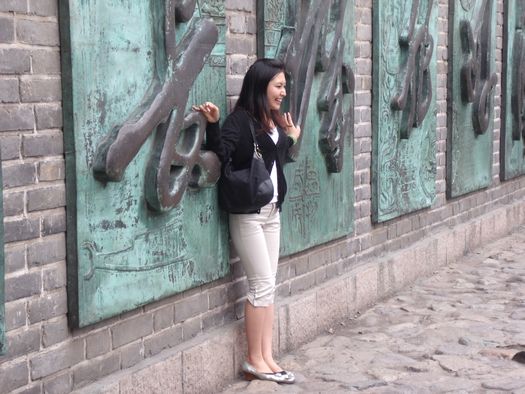 This young woman was obviously happy about being there! The Chinese tourists I saw there all seemed very excited and were snapping pictures all over this area. The Great Wall is not just a place for foreign tourists. I'd guess that more than 95% of the people at the wall on the day of this trip were Chinese.

There are several other memorial and historical plaques at this location. Did you know that Pakistan helped to rebuild the China Great Wall? Neither did I, until I saw this thing which looks unfortunately like a tombstone.

The United Nations recognizes the Great Wall of China as a World Cultural Heritage site. The Badaling Great Wall of China location was the first one restored for tourists and still the one that gets the most attention, although many people believe other sites prettier or more impressive. 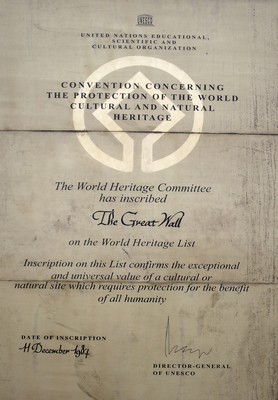 This particular Great Wall of China location at Badaling is where Richard Nixon visited in 1972, leading to this particularly clunky quotation in a China Daily newspaper article about the Great Wall. 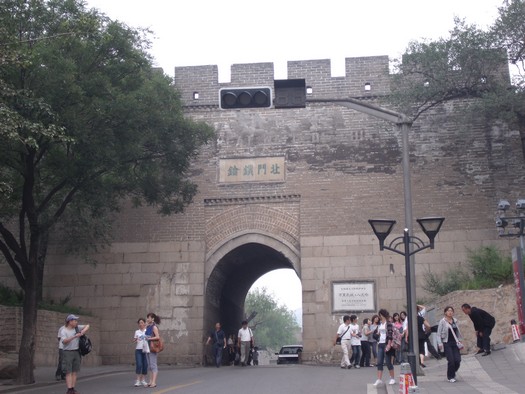 Finally we get to the China Great Wall gate at Badaling. Walk through the gate, dodging buses, and proceed to the ticket booth.

Click here to continue this photographic trip to the Great Wall of China.

Previous page in this series: A train trip from Beijing to the Great Wall.

Next page in this series: Buying tickets.