Mongolia is freezing in the winter, so Mongolian clothes need to be warm. Even in the summer, nights in the mountains can be cold, so everyday traditional Mongolian clothing focuses on warmth, not colour or style.

These are public domain photos taken between 2001 and 2009. In most cases these Mongolian men are dressed for normal everyday activities, so this is real life for them, not some special occasion. 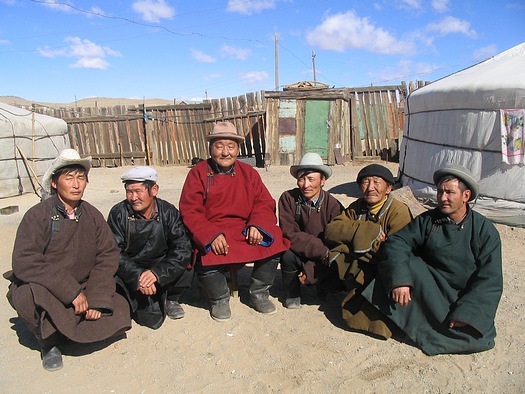 These six Mongolian men are all wearing the traditional robes called "deels". Don't they look warm? All are in subdued colours, although the second guy from the left does seen to have a shiny black. Note the variety of hats here. For some reason, none of these guys are wearing sashes around their waists. 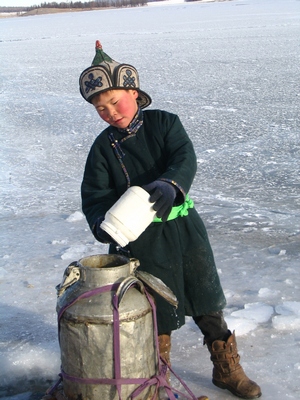 Above and to the left you see boys in the traditional Mongolian deel. The bright sash is typical. The guy on the above right is dressed in flashier but still traditional clothes for a special holiday event.

Note the contrast of hats. The water boy and guy on the right are wearing old-style hats that most people would think look Russian. That's not surprising since Mongolia borders on Russian, and so traditional Mongolian clothes would be similar to their northern neighbours.

The hunter below is a Kazakh. His hat, as you can see, is quite different and, instead of a deel, he is wearing warm furs. 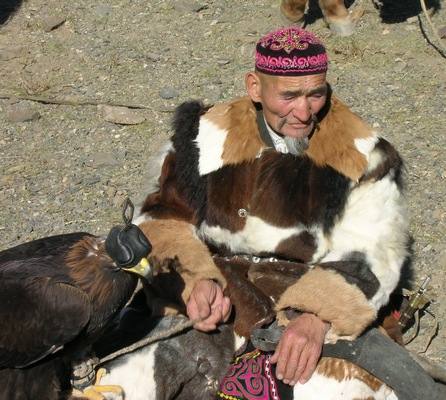 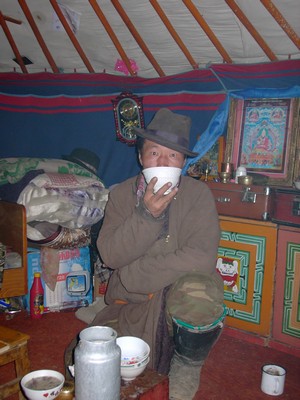 Here is another Mongolian man in traditional Mongolian clothes. He is inside a ger (also called a yurt) which is the Mongolian tent home that is still very popular in modern Mongolia, and not just in the countryside. Even in Mongolian cities you may see Western-style buildings and gers side-by-side. 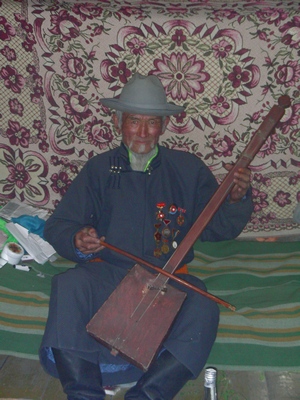 This man is playing a traditional instrument called the morin khuur. 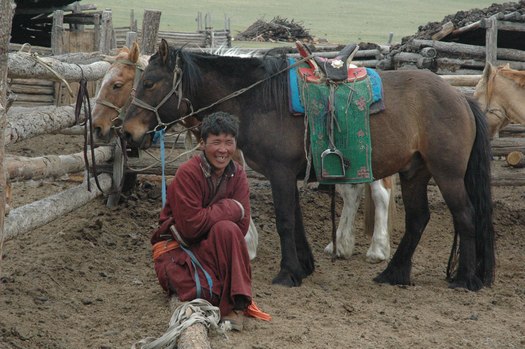 This is a rugged outdoorsman in his everyday deel. This public domain photograph also shows Mongolian horses. 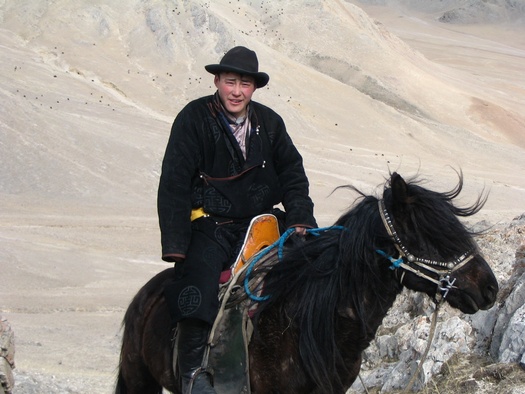 Finally, here is a young man on horseback. His Mongolian clothes feature quite long sleeves. These are useful in cold weather to protect the hands. That's just another way that Mongolian clothing for men has developed over the centuries into a practical form that is still both useful and popular. 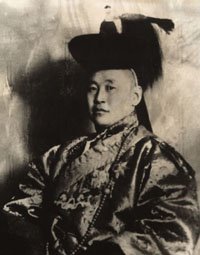 Here is a picture of a Mongolian nobleman, Prince Sain Noyon Khan Namnansuren who lived from 1878 to April 1919. (Public domain photograph from Wikipedia, date unknown but of course before April 1919.)

Namnansuren was a hereditary prince and traced his ancestry back to Genghis Khan. He served as Prime Minister of Mongolia and later as minister of the army. From this monochrome photograph you cannot see the colour of his robe but you get a sense of the opulence of the outfit.

Traditional Mongolian clothing for noblemen was, of course, more ornate and much finer than that of the common people.

The fanciest outfits, however, were for Mongolian noblewomen. Click here to see the traditional Mongolian clothes that women wear now, and what they wore 100 years ago. (It could be what Galactic Queens wear 200 years from now!)