Mongolian horses are not pets! 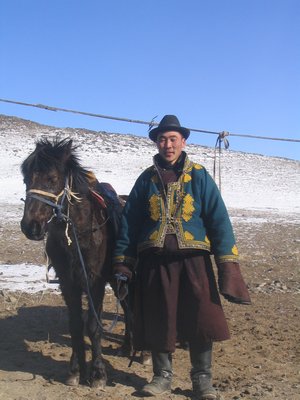 Mongolian horses are not the pretty, pampered animals you see in the Olympics. They're much more like the horses of the old American west: a vital part of life and work. In the pictures here you see that the horses in modern Mongolia are not huge Clydesdales or gorgeous Arabians. 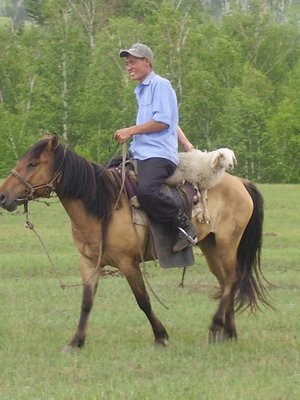 The Mongolian horse is a hardy, work-a-day animal -- stocky with fairly short legs. Though not as impressive in size as many others, it is a vital part of life in Mongolia. The best guess is that there are about 3 million of them in Mongolia, more than the number of people!

Compare the size of the man with the size of the horse in the picture above and in the picture below, showing the world's largest equestrian. The rider below is Genghis Khan. Since he directed that his cavalry men should take 3 or 4 horses each on campaigns, it is reasonable to assume he personally rode dozens of the best horses in Mongolia. The proportions you see in the statue below are probably accurate. Click on the picture or here to see more pictures of this Genghis Khan memorial. 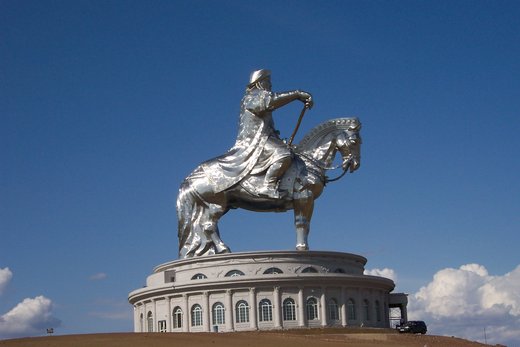 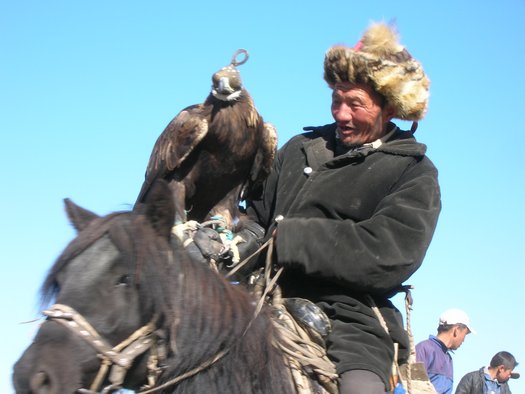 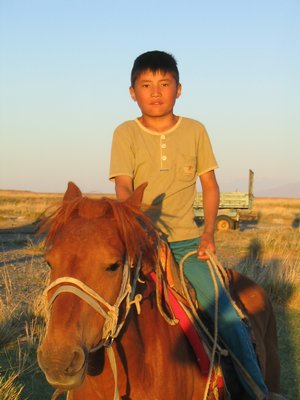 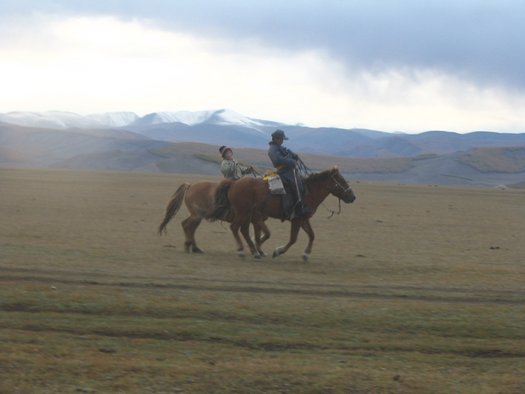 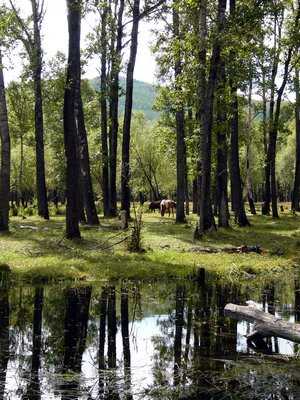 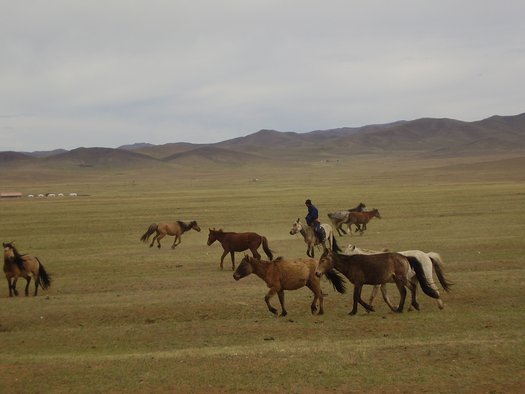 The term "Mongolian wild horse" can be used in a general sense and there are still untamed herds in the aimags of Mongolia. But that term can also refer to a special breed called "Przewalski's Horse" or "Takhi" which almost went extinct. A breeding program saved them and there are now about 400 Przewalski's horses in special reserves in Mongolia and China.

Below is a photograph of horses and gers in Mongolia. It's a morning scene that could have been seen centuries ago also. 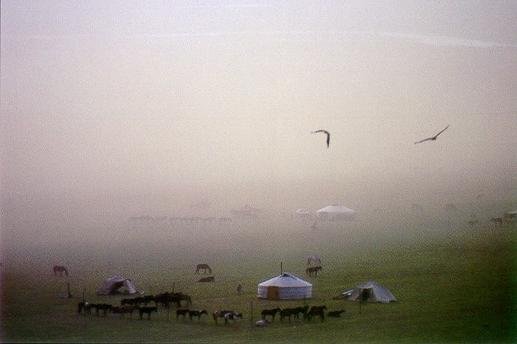 You'll see horses almost anywhere in Mongolia. Mongolian culture could not exist without them, even though modern conveniences are spreading even in the outer aimags. 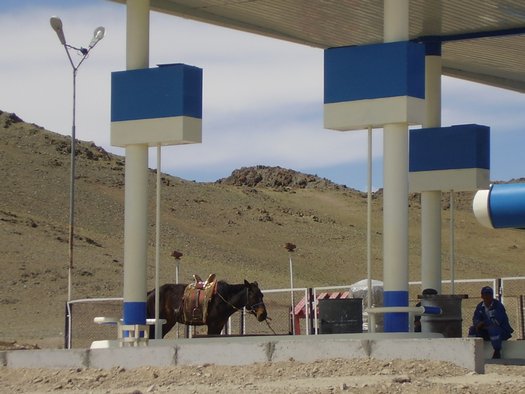 Reminder: These photos are public domain photographs. Use them as you wish. The text on this page is not public domain.