Each public domain Vietnamese picture shown below is related to farming and farmers in Vietnam. Vietnam is rapidly developing. On my visits to Hanoi I saw  stores full of cutting-edge electronics and many modern-looking apartment complexes (too many... my friends who live there say they were built during a boom and now there are too many. A similar thing is happening in China, where I live).

Despite the modern aspects of Vietnamese life in the cities, farming is still a major facet of life in Vietnam. 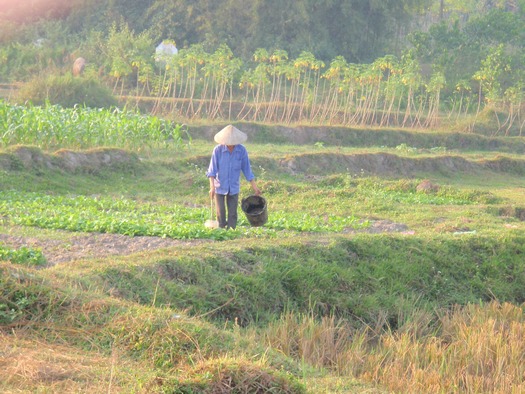 What you see here is a typical Vietnamese picture of the countryside. In this case the crop is vegetables and the farmer is irrigating them by hand. The conical straw hat you see, called a "non la" in Vietnam, is common in southeast Asia where protection from the sun is vital. The hats keep the rain off too, in the rainy season.

Bands of cloth (e.g. silk) are used as a chinstrap and to keep the hat off the head a bit. In really hot weather the whole hat can be dunked in water and the evaporating water gives a cooling effect. 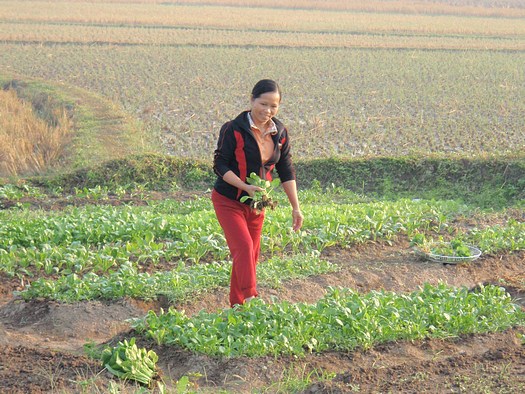 But not every Vietnamese farmer wears such traditional clothes. 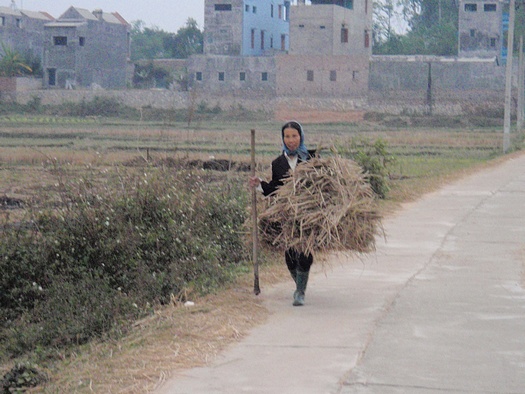 This Vietnamese picture shows a lady farmer carrying hay. Hay is a crop commonly grown for animal feed as you'll see in the water buffalo photos below. (A brief reminder: All the photos you see here are public domain photographs. Use them as you wish. The text, however, is copyright.) 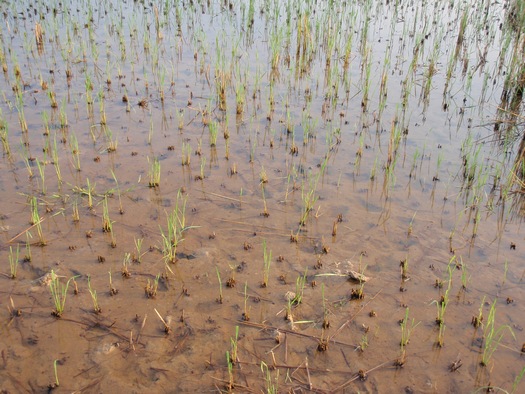 Here's a Vietnamese rice paddy. Rice paddies like this are common throughout Asia. The usual paddy farming methods require huge amounts of water, so paddies are often beside rivers or irrigation canals. One advantage of the flooding is that it can control some weed growth.

Typically, the paddy is flooded like this for four months of the year. Unfortunately, this causes a problem: methane production. That methane escapes into the atmosphere and is considered a major air pollution source. To read about this problem, see this article about methane and rice. (That page will open in a new window, so to see it your browser must allow pop-ups.)

Fortunately, there are strains of rice that can grow in dry fields or in conditions where the flooding is shorter. Unfortunately, many rice farmers are reluctant to switch from the traditional methods, even if the rice yield ends up higher. 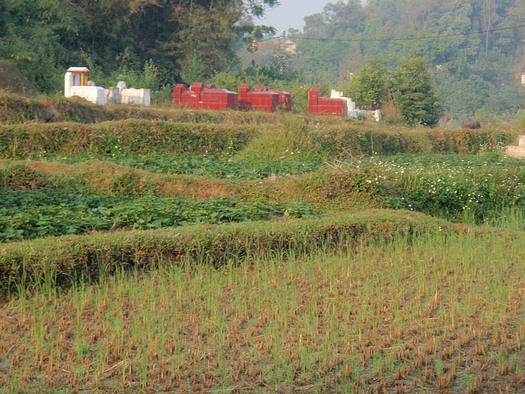 In the foreground of this photograph, you see a rice paddy in a dry phase.

This Vietnamese picture could just as easily be a Chinese picture. The red and white structures you see beside the paddy are one to two metres tall. They are tombs where ancestors' bodies or ashes are placed. In China such tombs are discouraged because they take up some land area that could be used for crops, yet take any train ride through the countryside and you'll see a lot of them. 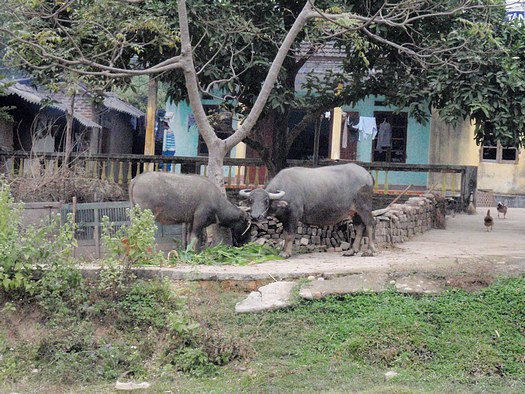 The water buffalo is ideally suited for the requirements of rice paddy farming. Here you see a couple of them in a rural community in Vietnam.

I teach at one of the best science and technology universities in all of China. Many of my students grew up in the countryside and made it to university on academic merit. One of these students got quite emotional and teary-eyed when talking about his family's water buffalo -- they loved it like a member of the family. 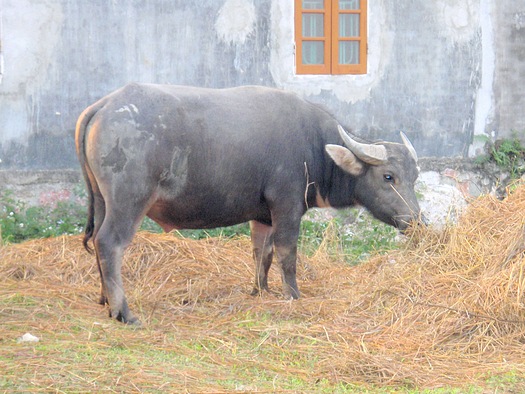 Here's another photo of a water buffalo. You can see they were not built for speed. In fact they seem pretty docile, which is a good thing... note the horns! Here also you see the hay used to bed them down and feed them. 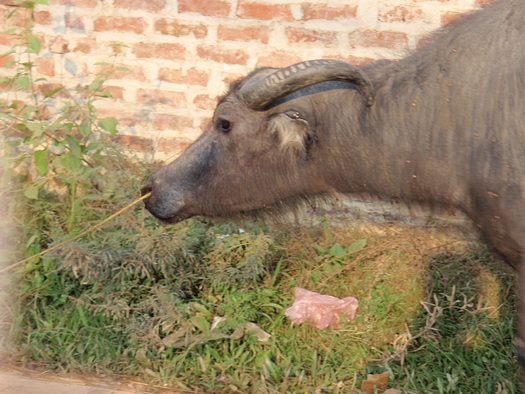 Water buffalo may be fairly docile, but they aren't always cooperative. One typical way to control them is to have a rope or ring threaded through their nose, as you see here in this Vietnamese picture of a rather sad-looking young animal. 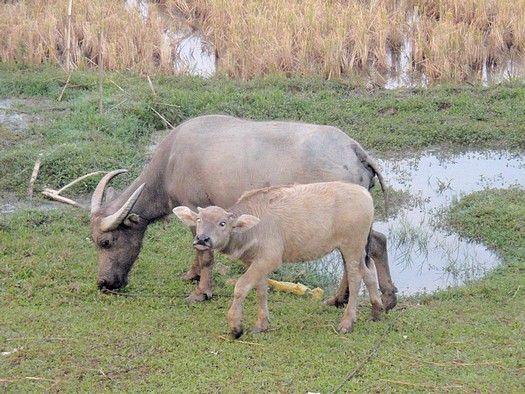 Here you see a water buffalo mother and calf. Look at the mother's nose and you'll see that she has a rope through it, just like the beast in the previous Vietnamese picture.

Although agriculture accounted for only 21% of the Vietnam's economic output in 2009, the majority of the labour force in Vietnam (about 52%) is involved in agriculture (Source: CIA World Factbook - link opens in pop-up window). Vietnam's farmers remain a key part of the modern Vietnamese picture of society.