Dragons are such a part of Chinese culture it is not surprising that Chinese dragon art appears in many places, even in modern China. One wonderful example of the tradition is the nine-dragon screen. This type of screen was introduced on a previous page of this website. Here you see some close-up pictures of dragons that appear on the nine-dragon screen in Beihai Park, Beijing. 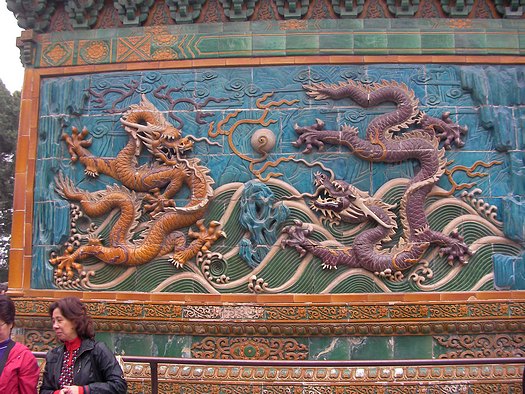 The dragons are coloured yellow, purple, white, and blue. The yellow may look like gold in this photograph, and it does on the screen too, but yellow is the colour of the emperor in Chinese culture. Above you see a yellow dragon beside a purple dragon. 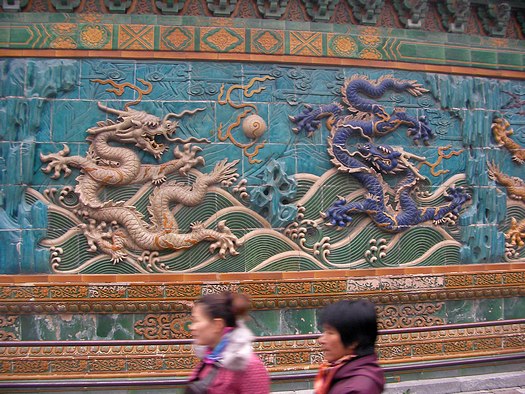 Here a white dragon and a blue dragon comese in the waves for what looks like a shell. 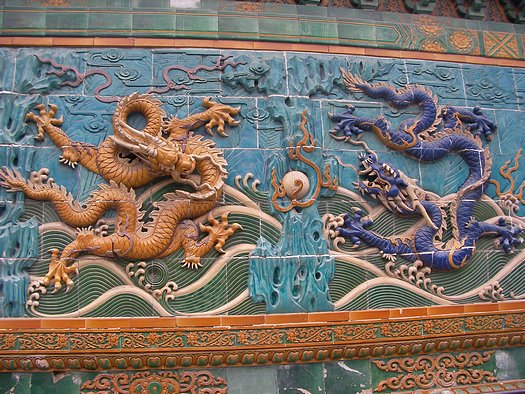 Continuing left to right across the this Chinese dragon art screen, we come to the central yellow dragon and the blue dragon beside it. Notice that the head of the yellow dragon has long horns that stick out from the wall. All the other dragon heads are shown side-on, but this central one is different. 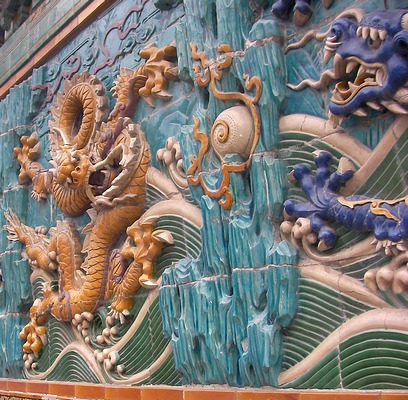 Here is a different angle on the central yellow Chinese dragon so you can see how 3-dimensional it is. I couldn't measure it, but I'd bet it sticks out at least 20 cm from the plane of the screen. 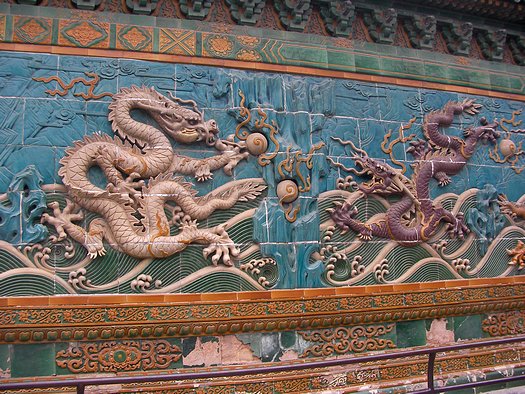 Continuing past the blue dragon we come to white and purple dragons again.

In Chinese cosmology, purple is a symbol of the pole star as well as joy and happiness. The colour purple was in some ways reserved for the emperor; for example, only he was allowed to sign his name in purple or "vermilion" ink. (The shade of purple in the dragon above is different from real vermilion though - vermilion looks more like the deep red you see on the walls of the Forbidden City.) 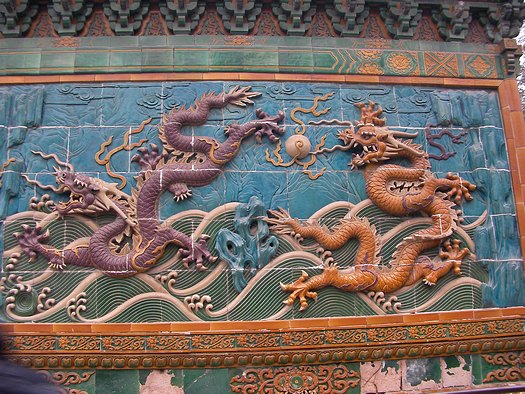 The yellow dragon on the right side of the screen is not paired off with another like the other dragons are. 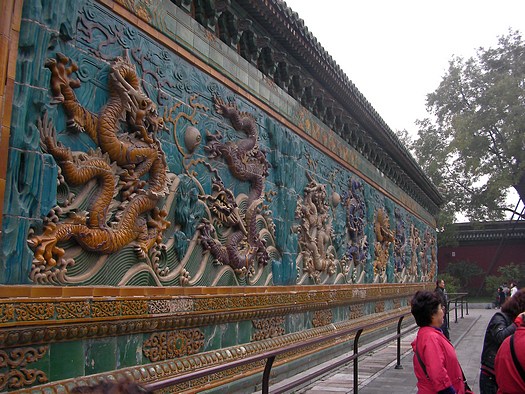 Here you see the whole effect. Again, notice the central yellow dragon and how far his head sticks out from the screen. 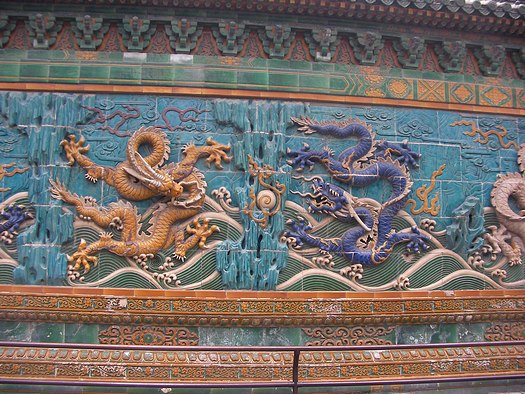 Here's another picture of the central yellow dragon and blue dragon fighting... 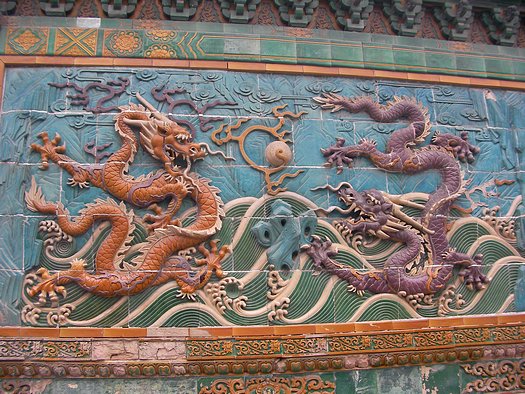 ... and for comparison here's a left yellow dragon fighting against a purple dragon. 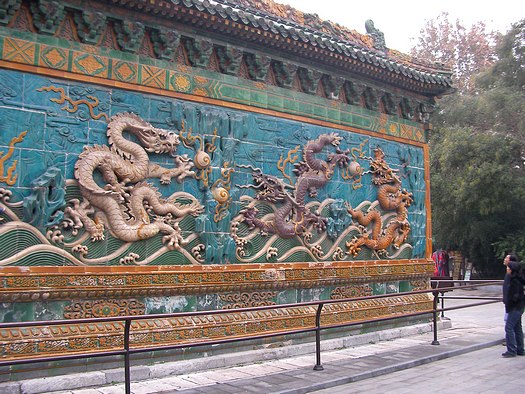 This example of Chinese dragon art is over 25 metres long, so it is hard to get a sense of its beauty and size from photos. Above you see three of the dragons and a couple of appreciative Chinese tourists.

The complete wall is shown in this photograph, stitched together from two photos and photoshopped to appear flat. In Beihai Park, trees get in the way so you can't actually get far enough from this nine-dragon screen to get a single really good picture.

All-in-all, the artwork of the Chinese nine-dragon screen is impressive. Chinese dragon art has been created throughout Chinese history and this is one of the best examples you could see anywhere. To learn more about nine-dragon screens and see more of this one, click here.

Click here to return from Chinese Dragon Art to the Chinese Things page.