Looking for a funny sign? Have a look in China. You've got to applaud the effort of hundreds of millions of mainland Chinese who study English. Unfortunately, some of their efforts rely too much on the dictionary. Transliterating Chinese into English produces some... ahem... "interesting" signs. Here's one! 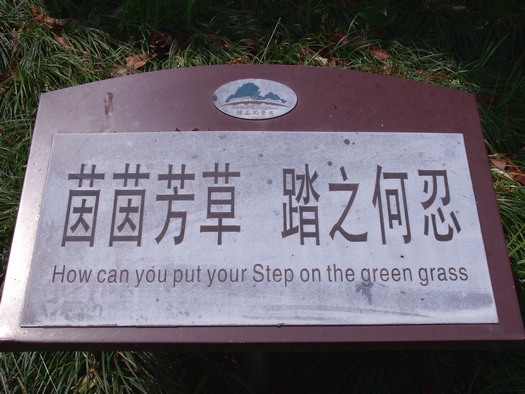 If you translated the characters according to the dictionary, you'd get "luxuriant", "fragrant plants", "step on", "it", "what", "endure/tolerate".

Obviously, you can't just use a dictionary. How about plugging it into Google Translate? I just did (March 20, 2010). You get "Yan Yan Grass step of the Heren". That's worse! Neither sensible, nor a funny sign.

A Chinese student of mine said that the second part gives the impression that stepping on it would make you guilty of a mistake and bring shame on you. The sign writer must have used that idea and some knowledge of the "Shame on you. How can you do that?" idea in English to make what turns out to be a sort of plaintive plea in English; all-in-all a decently informative but still funny sign.

Sometimes the problem is simply spelling. 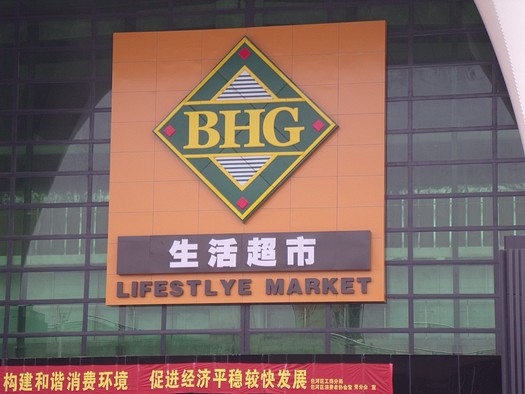 In other cases the funny element comes from word choice. 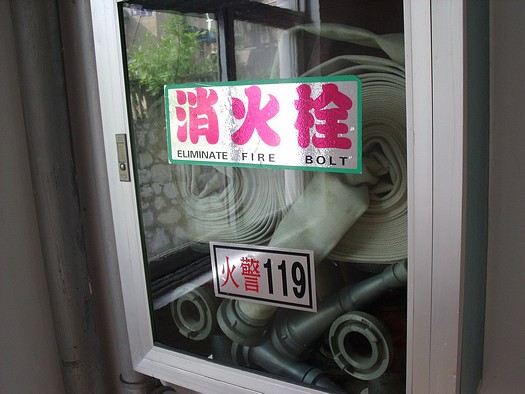 Sometimes the concepts just don't translate well. The fourth character in the funny sign below specifies a style of shopping where a person can reserve selling space in a store - essentially, reserve a box to sell their stuff like a garage sale. The Chinese term for that style has the Chinese-English dictionary definition "box", but also "lattice", leading to a sign that mystifies native English speakers (except maybe mathematicians). 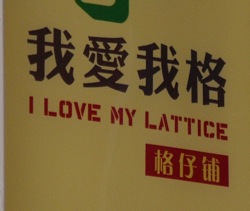 On the other hand, the English on some Chinese signs just doesn't make sense. Is the problem below spelling or word choice? 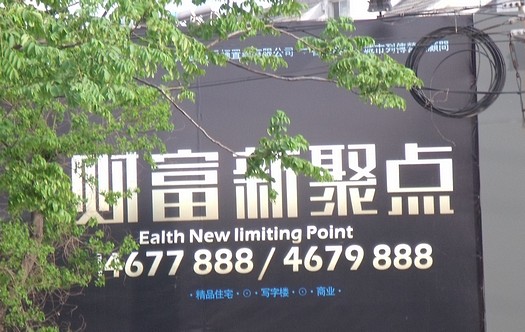 There's another problem illustrated in this funny sign. Sometimes an English term with negative connotations appears in the dictionary as a term that seems good in Chinese. The club below was trying to give the impression of being for modern, sophisticated people. Unfortunately for them, "arrogant" gives a very different impression than "sophisticated."

As best as my Chinese student friend could figure out, "carft brother" refers to business competitors - those in the same "craft".

The next sign was at the entrance to a park that featured paintball. 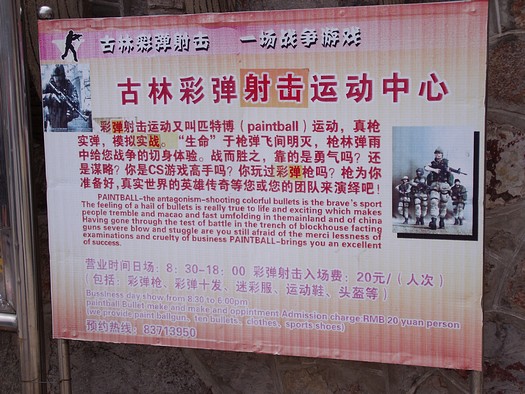 It says:
"PAINTBALL - the antagonism-shooting colorful bullets is the brave's sport The feeling of a hail of bullets is really true to life and exciting which makes people tremble and macao and fast umfolding in themainland and of china Having gone through the test of battle in the trench of blockhouse facting guns severe blow and stuggle are you still afraid of the merci lessness of examinations and cruelty of business PAINTBALL-brings you an excellent of success."

This is classic Chinglish - a combination of Chinese and English. What happened to the punctuation? Notice that the entire text has only the one period (full-stop), at the very end? That's because in Chinese punctuation a period marks the end of a series of related ideas, much like a paragraph end in English.

As for the spelling and word choice... well, you can guess the gist of it. Some of it though... "trench of blockhouse"? "macao"? 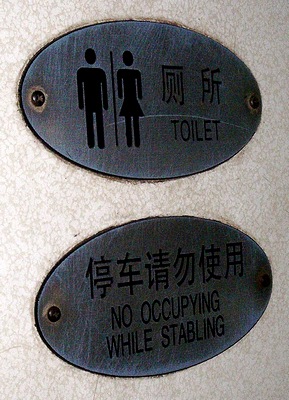 The sign above is fairly easy to figure out if you know that it is on a Chinese train.

Finally for this page, here's another sign from the same park as the first sign on this page. I think the writer must be a gardener with deep emotional roots to the vegetation. 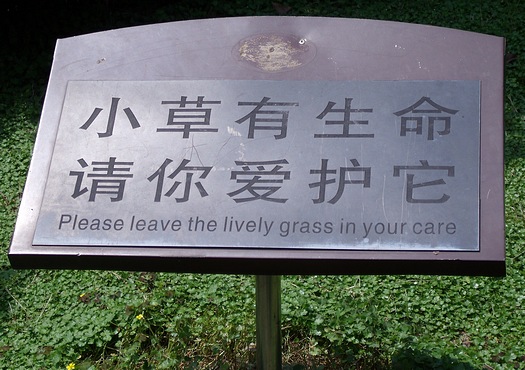 Click here to continue to another page of funny signs.

Click here to see another page of funny Chinese signs.