Is the Great Wall of China as impressive as claimed? Yes!

Do Great Wall of China photos show what is really just an over-hyped tourist trap? You know the story, right? You go to a "must-see" tourist site and it doesn't look so impressive after all. The pictures made it look better than it really is.

But not this wonder! The first time I saw it, I realized that it was better than the description. Photographs, in this case, cannot come close to the reality. 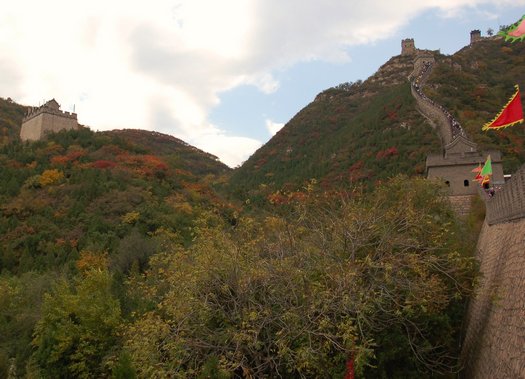 This is one of the three Great Wall locations near Beijing. These locations are actually pretty new, about 50 years old and built for tourists to play on. They basically look like what was there hundreds of years ago, but keep in mind that the sites were rebuilt with tourists in mind. 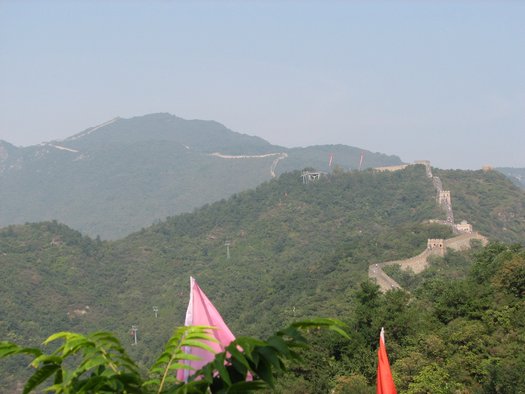 China is pretty pragmatic about that sort of thing. In my home city a famous tourist site is the tomb of Bao Zheng (also known as Bao Gong), a judge famous in Chinese history for his integrity. His original tomb, built in 1066, was destroyed in the Cultural Revolution so they rebuilt it in a more convenient place, complete with electricity in the crypt!

The Great Wall locations near Beijing are impressive reconstructions, but not many people believe that the ancient builders really put a cable car in so you could ride to the top without tiring nor a sliding car ride to get down quickly. (Look in the previous and next photos for these. See them?) One wall location actually has a rather zippy "toboggan" slide down. 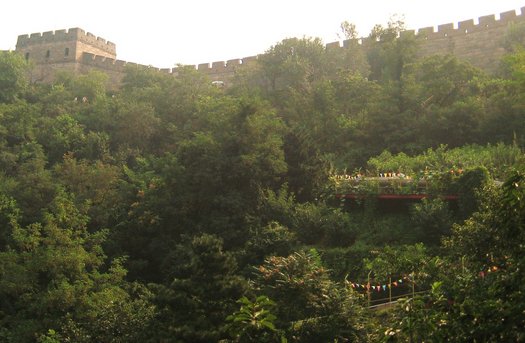 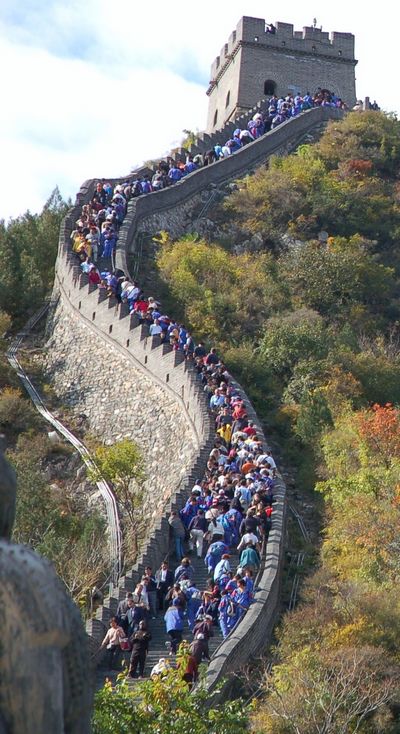 It's really exhausting to climb the wall -- parts of it are very steep -- but if you're up to climbing a few thousand stairs and you're smart enough to bring along some water, you'll be fine.

For the less fit/adventurous, there is the cable car and you'll find just about any place a good place to stop, rest, and admire the view. On a nice sunny day you'll have lots of company too. 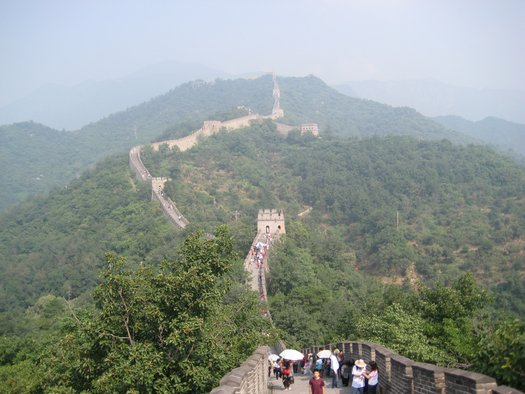 One of the best places to see the Great Wall is in Qinhuangdao, a city about 300 km east of Beijing, where the Wall meets the ocean. It's a large stone fort, from where you can see the wall winding up into the hills. The fort is called Old Dragon's Head. 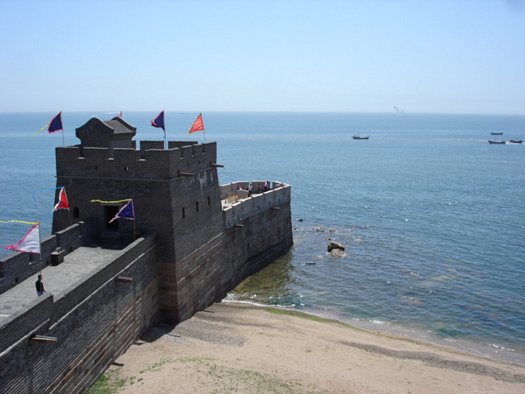 Here you see just the nub of it jutting into the ocean and below you see a bit more as it starts to wind its way across China. 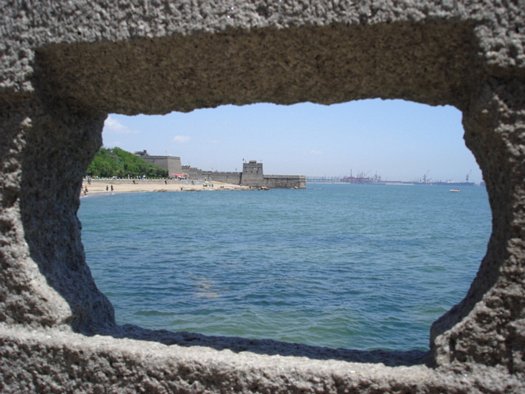 The Chinese have a saying, attributed to Chairman Mao, that if you haven't been to the Great Wall, you're not a true Chinese. The Badaling Great Wall location, near Beijing, has this saying shown in huge letters, as you can see on this page.

Chinese or not, I hope you get the chance to see the Great Wall of China in person.

Return from this Great Wall of China page to Chinese Places